The Winchester Model 54 was the company's first successful sporting bolt rifle. Just over 50,000 were made between 1925 and 1936 when it was replaced by the Model 70. The M54 is probably best known as the model the 270 Win and 220 Swift were introduced with. Knowledgeable collectors (I am neither) have estimated about 15,000 unaltered rifles remain with many being modified over the years to mount a scope which the M54 was not designed to accommodate.

This is about a sample of the Standard Grade 24" barrel version of the rifle made in 1931 chambered for the "30 GOV'T 06" cartridge I came across in a country store in northern VT. Although not mechanically altered and with a bore that looked hardly shot it was in rough shape cosmetically. A previous owner had sanded off the original finish and most of the checkering as well leaving a ghost of the original pattern visible. They had splattered on a coat of shellac without taking the action out of the stock as much of the adjacent metal was covered as well. But that had to have been a long time before as most of that was cracked and had flaked off.

The first thing I did was scrape off the remaining shellac which came off easily without affecting the stock surface any further. After cleaning shellac off the metal I treated the stock with BLO leaving all the character bumps and bruises as they had been made.

The barrel had lost most all bluing and the rifle must have lain for a long while on the right side in a cloth case or wrap as the barrel was pitted all along that side from forestock to the sights. The rust had been cleaned out leaving dark pits on the now mostly white nickel steel barrel. The receiver retained most of its original finish which was left untouched throughout the process as was the bolt that was left with normal handling wear to the finish. Wasn't trying to make it look new - just clean up the abused areas. 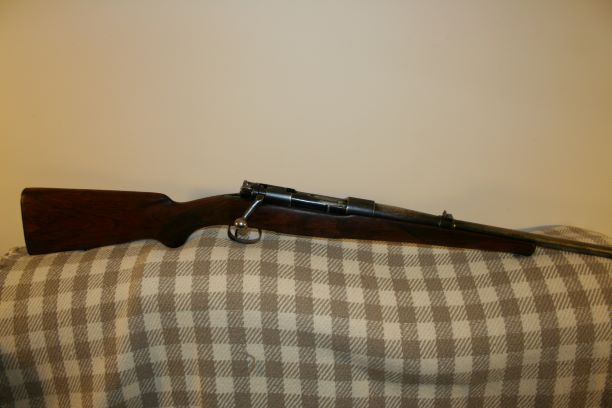 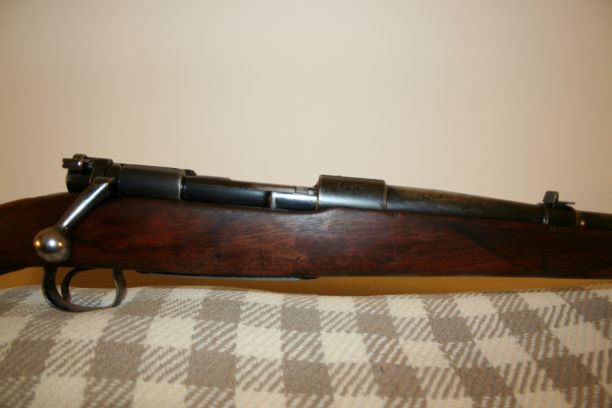 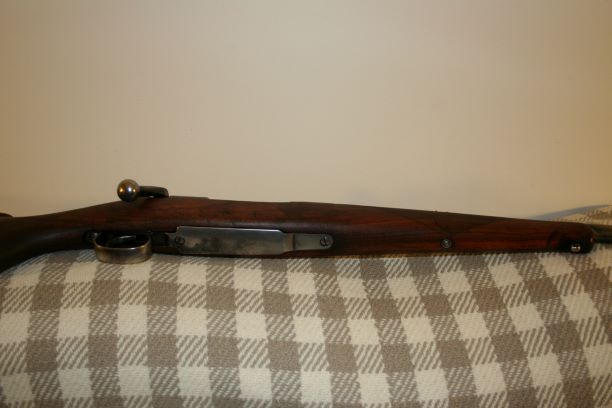 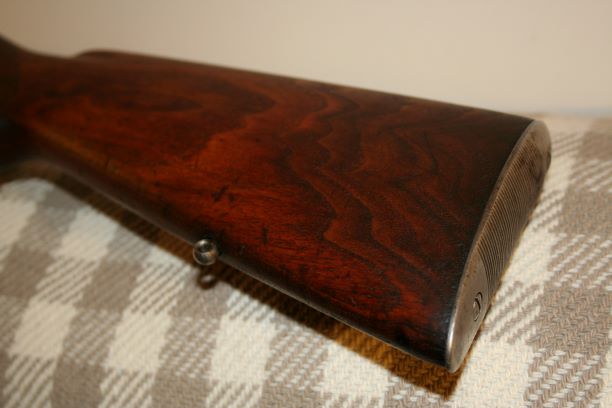 Notches made in a rifle stock to record success is usually not considered that interesting or adding much to the rifle but this one was different. There is a series of small notches along the top edge of both sides of the forestock made in the same spaced pattern which appeared to be the tally of two hunters.  The left side had the more coarse notches in a 10-1-2 pattern with ten at the front of the stock, one halfway to the receiver adjacent to the rear sight base, and two just in front of the receiver. The right side had the same pattern spacing with much finer notches recorded as 6-2-2.

According to the store owner this was a local rifle from a couple towns over being sold by a young guy needing the money. It appears to represent the numbers of three species taken by two  of his past generations. The only big game found in VT would be deer, bear and moose so I'm assuming the 23 notches represent a combination of these but wish I knew the rest of the story. Before I did any more work on it I did take it hunting for a week in the big woods of N. VT and I sensed the rifle felt quite at home out there. 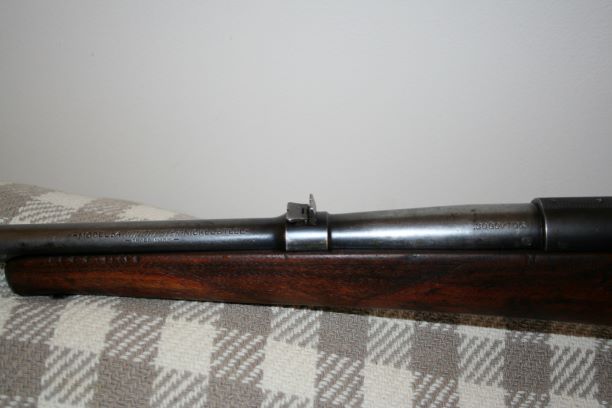 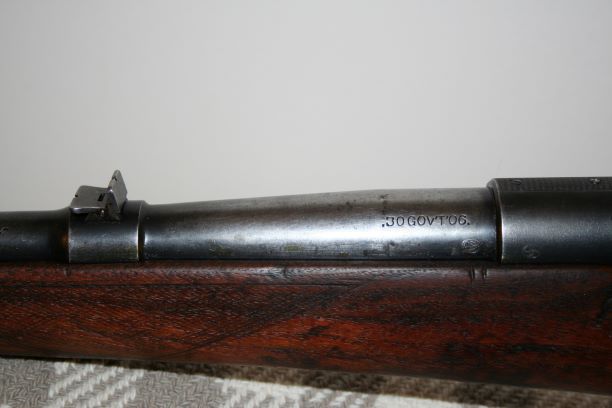 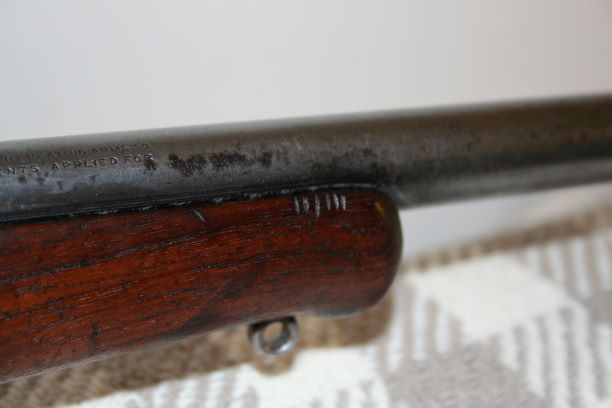 Im a big fan of these rifles.  Thanks for sharing!
Top

Eventually I sent the stock to a fellow in MS to have the checkering re-cut to the original pattern. I remember seeing on the news a tornado had touched down in his town while he had it - glad it didn't end up in the Land of OZ. While the stock was being worked on I carefully stoned out the barrel pits, hand polished the barrel and cold blued it along with sights, trigger guard and bottom metal. When the stock returned I refinished it with a few coats of Tru-oil cut 50/50 with paint thinner over the BLO with no further surface prep and it came out looking close to a rubbed oil finish while retaining the character marks.

I was quite happy how this project turned out - just wish this rifle could talk. 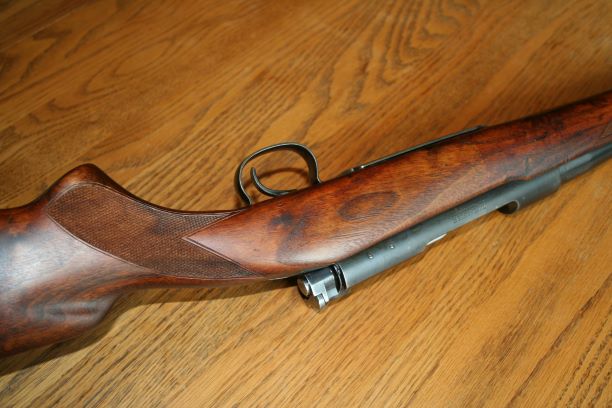 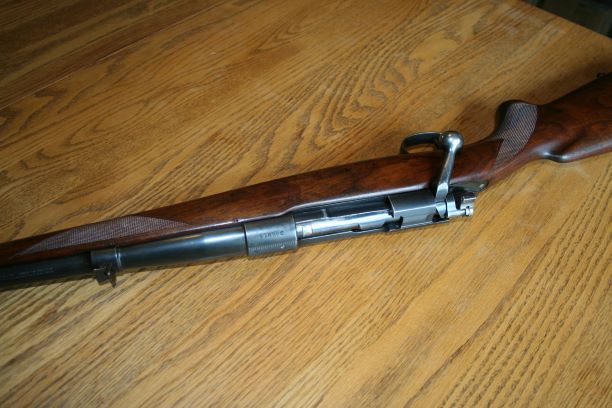 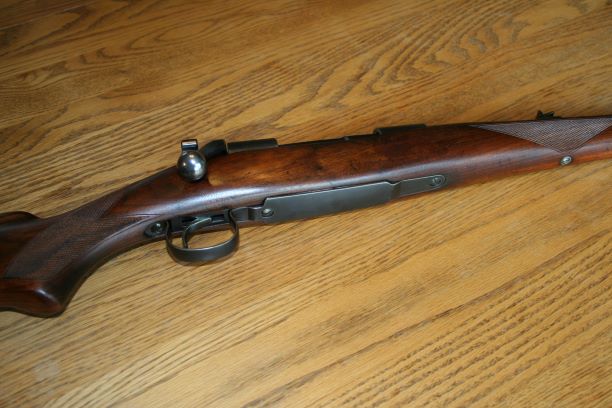 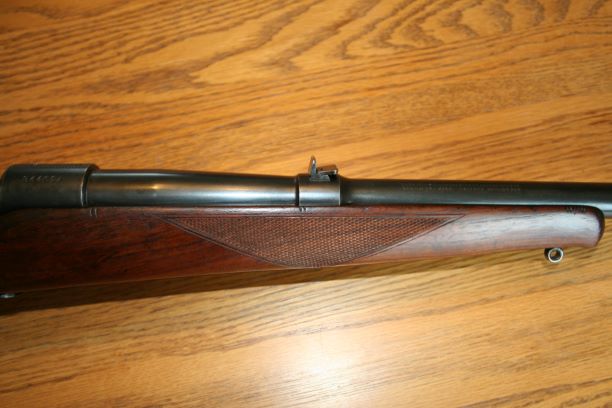 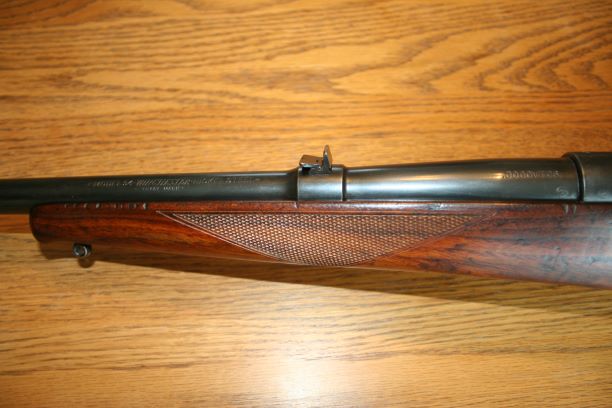 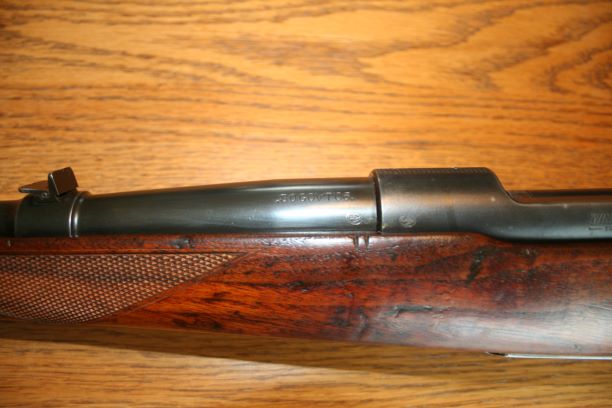 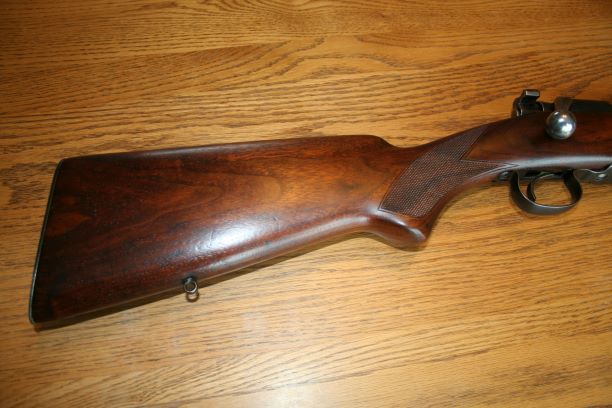 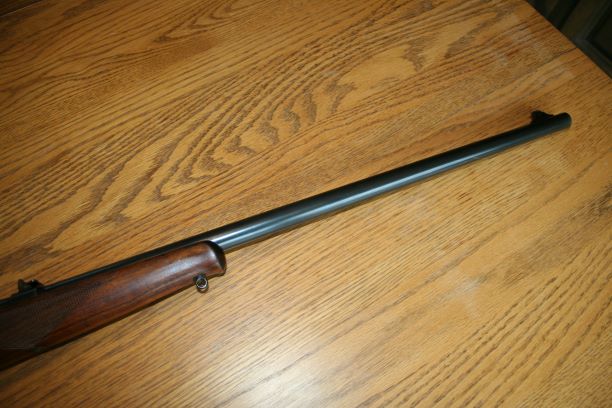 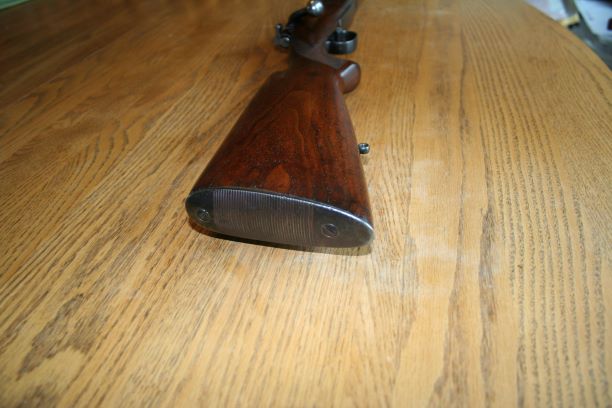 Sure like those old rifles with character. Metal buttplate and all.
Top

Sure could use a purty rifle like thet to keep the revenuers away from the still.

Modern rifles have their place but give me wood and metal for eternal happiness.
Deacon in the Church of the Mighty Krag. Member of People Eating Tasty Animals (PETA).  [url=https://radio.securenetsystems.net/v5/index.cfm?stationCallSign=LWRN]Liberty Works Radio[/url]
Top

Very nice clean up and restoration.
Seems odd to me a frugal Vermonter would take time to sand the original checkering, as it is utilitarian. Maybe something to do in a long winter as a personal preference.
Regardless, looks much better now, and as you say, if it could talk.
Top

Return to “Other Firearms”