As mentioned in the 577 Snider thread the fellow I cleaned that rifle up for inherited a bunch of old firearms that had been sitting in a corner of his father's body shop for decades. One that cleaned up nicely was this M1884 SN# 542629 he gave me for my efforts put forth on the Snider. The barrel had already been chopped to 24" and the stock was cut to just a stub beyond the barrel band and there were no sights. But other than being dirty with some surface rust and a bit of gray paint overspray up and down one side it was in pretty good shape.  The barrel was in excellent shape except for a couple rather large pits where it appeared a spider nest had unfortunately lingered too long about 16" up from the breech end. The stock was also in excellent condition with a cartouche that took a direct ding at some point but 1892 but can still be read as can the circle P.

After cleaning it up I attached a 1902 rear sight with one screw as the hole spacing is about 1/2" shorter on the TD than the 1898 Krag Sporter the sight originally came on. For the front it was a ramp for a dovetail sight held on with JB Weld to try it out but it wasn't shot much and has been sitting in the back of the safe for quite a while.

Taking it out recently the first impression coming back was how gangly the 24" barrel looked in that stubby stock. Comparing it to pictures of TD carbine stocks it appeared to be about 2" shorter so to keep it in proportion I cut the barrel to 20" and re-attached the front sight base.  For the rear sight I made a simple receiver sight that is attached via the tang screw and being the same width as the tang sits nicely above it extending about 1.5" forward to just behind the receiver back edge. It is adjustable some for elevation but once a good cast bullet load is found I'll get the correct front sight to match and then just fine tune it.  Looking forward to working up the cast load and taking it to the range often and possibly to the woods a time or two. 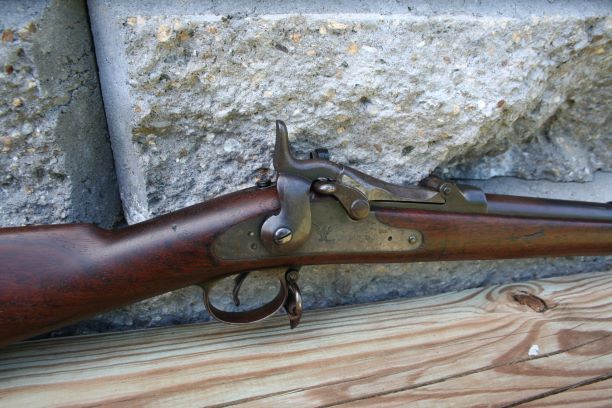 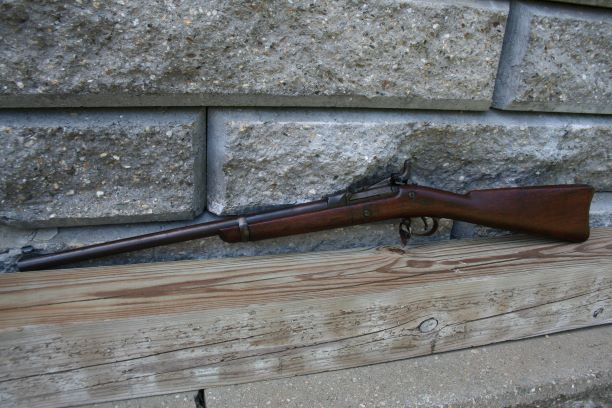 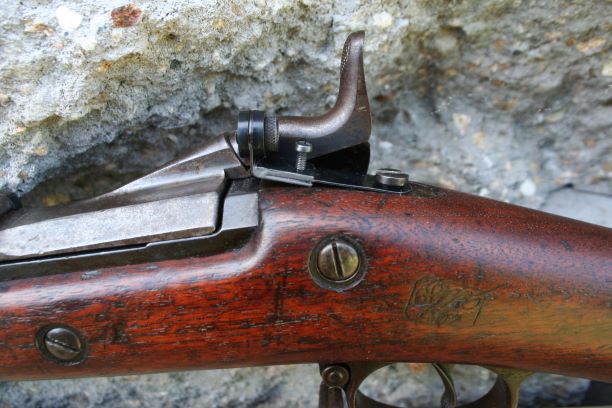 Even though it's been through some changes, I love the look of this rifle. Great color to that stock. The darker stocks are great looking on these old Springfields.

Thanks for sharing. What a nice gift for helping someone out. You did a good job.
Top

I'd take it out for a turn at the groundhogs.  It may look like hell to the purist in me but it has a cool look of a varmint slayer to me.t

picked mine up afew years ago. its a real (i like to think) sporting rifle, but------there's a story to it .
bought it from an older fellow who said he got it from his dad who got it from his dad. i was just looking for a descent shooter and stumbled onto this one.
the army had from 100-200, nobody knows for sure, but they were made for dignitary's and politicians to buffalo hunt with.
they had 26 inch barrels and mine does, the stock is cut down and trimmed up nicely. most had buffington rear sights. well anyway bought it for a real good price and noticed it was buffed out and re-blued and the stock had been refinished. beautiful rifle so i paid the man and left with my new rifle. my first trap door. so i started to research them and found out about them and the sporting rifle especially. well i called the old guy and ask him some questions about the rifle. here is what he told me- his great grand father fought during the Indian wars after the civil war. and stayed in the army for 25 years and was given the rifle for his good service. then the real killer- he said he used to have some paper work from the army for this rifle but his grandson used the paper work one deer season to start the fire in the wood burner in their hunting cabin--- yes i bout fell totally over!! its a great rifle and is very accurate. that's how life goes
huh.
SB 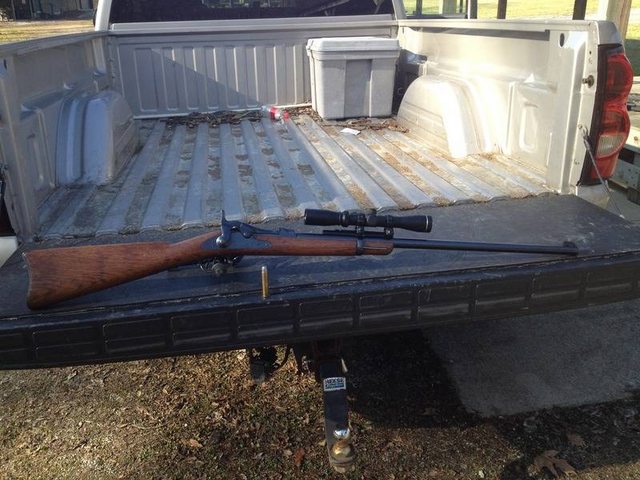 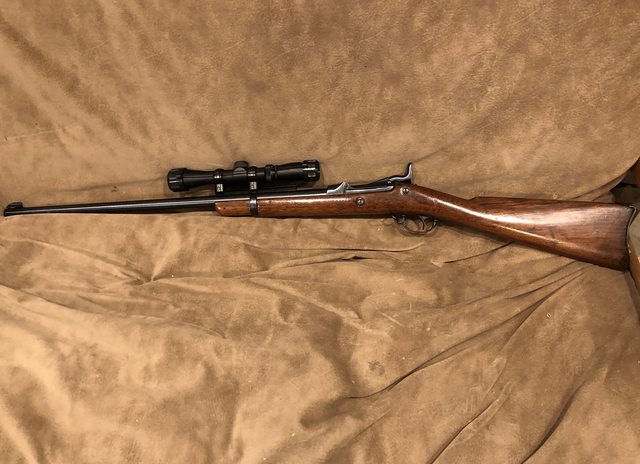 Return to “Other Firearms”